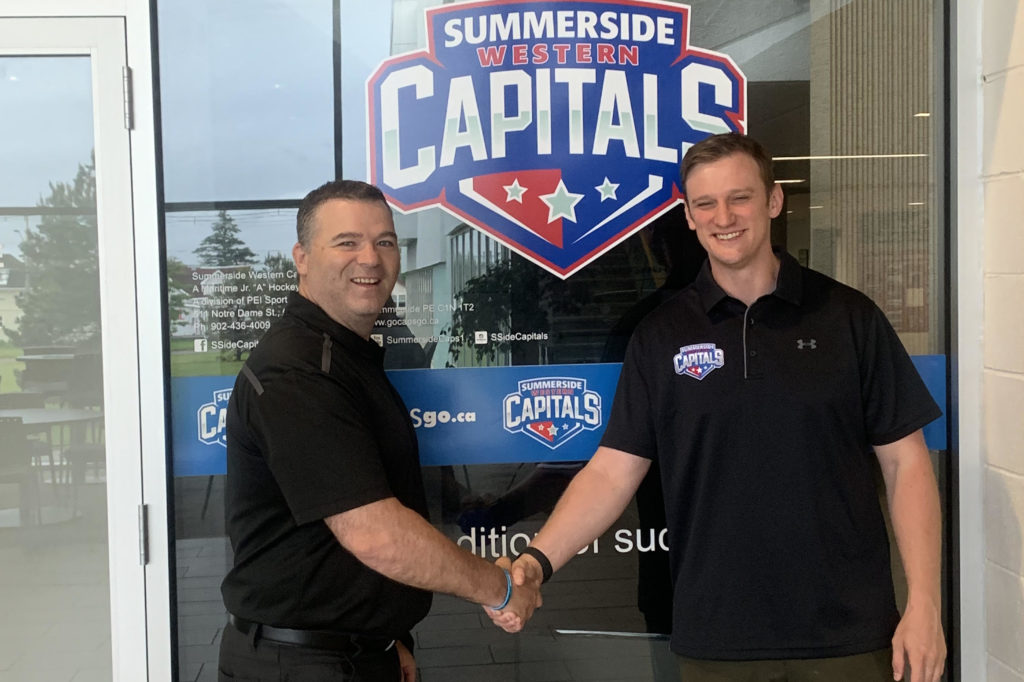 As a player, Jason suited up for the Capitals in 136 regular season games over 4 seasons from 2007-2011. He appeared in 15 playoff games including scoring two goals in game 7 against the Miramichi Timberwolves in the 2010 playoffs.

Jason brings a wealth a coaching and instructing experience to the Capitals. He has spent 10 years at Andrews Hockey Schools as an instructor. He started his coaching career in the Mid-Isle Matrix hockey program coaching 4 seasons at the Atom and Peewee AAA levels. Jason then became an assistant coach with the Charlottetown Pride of the NB/PEI Major Midget hockey league for 3 seasons, before joining the Mount Academy this past season, along with some video work with the Charlottetown Islanders of the QMJHL.

“As a coach first and foremost you want to work with good people, obviously Jason brings skill and experience as a young coach he is hard working, trustworthy, and has great character. He cares about his community, which is very important to us. Jason’s experience working with video and Steva (video software) made him the perfect candidate to join our coaching staff. It is important to myself and the Capitals organization that we work hard in the community and with Jason living right here in Summerside he will be an excellent fit. Jason plans on pursuing teaching positions in the Summerside area.” –Billy McGuigan, Head Coach.

Jason will be joining the Capitals staff that includes returning assistant coach Jason “Lefty” Gallant, goalie coach Eric Morency, and Strength and Conditioning Coach Joe Borden who are all set to return this season.

Former Assistant/Associate Coach Thomas Waugh has stepped down from his coaching role due to his work commitments and being a business owner. Thomas will be staying with the organization in a lessor role. Thomas has been apart of the Capitals organization for 8 seasons.

The Summerside D. Alex MacDonald Ford Western Capitals are set for another season to begin with Training Camp this August.